A NOTE FROM THE ORGANISERS

The organizing team of ISMANAM-2019 is immensely grateful to you for associating with the 26th International Symposium on Metastable, Amorphous and Nanostructured Materials (ISMANAM-2019) to be held during on July 8-12, 2019, organized by the Department of Metallurgical and Materials Engineering, Indian Institute of Technology Madras, Chennai, India.

ISMANAM 2019 had 422 participants from 27 different countries. The technical program consisted of a Plenary Session on each day with two plenary speakers followed by 4 parallel sessions. A total of 48 parallel technical sessions were organised over the period of 5 days, in addition to the plenary sessions. These technical sessions had keynote, invited, contributory papers presented by active researchers in the field. A total of 245 oral presentations were made in all the above sessions. In addition, about 112 posters were presented by the PhD students in 9 different poster sessions. The conference covered a wide range of topics including amorphous, nano structured and high entropy materials, in bulk, porous, thin films and coating forms. The presentations included structural and functional properties of these materials, various processing routes, atomistic modelling and structure of nano and amorphous materials, to name a few.

The posters were evaluated by the experts in the field and one best poster award was given in each session. The poster awards included a Certificate and gift vouchers for books worthy of 100 Euro and 60 GBP from Springer and Royal Society of Chemistry, respectively.

We are thankful to all the Plenary, Keynote and Invited speakers and other participants who have spared their precious time for the sake of the conference and making it a grand success. We are grateful to the overseas friends, who have taken the pain to travel long distances to be a part of ISMANAM-2019. We are also indebted to the Session Chairs and Poster Judges for helping us in the conference. We are grateful to all the sponsors and advertisers without whose support this conference would not have become successful. We will be failing in our duty if we do not acknowledge and appreciate the support from all the members of the local organizing committee and the volunteers who have worked hard, day and night, towards the success of the conference.

We sincerely hope that you had enjoyed the conference and had a fruitful exchange of ideas. 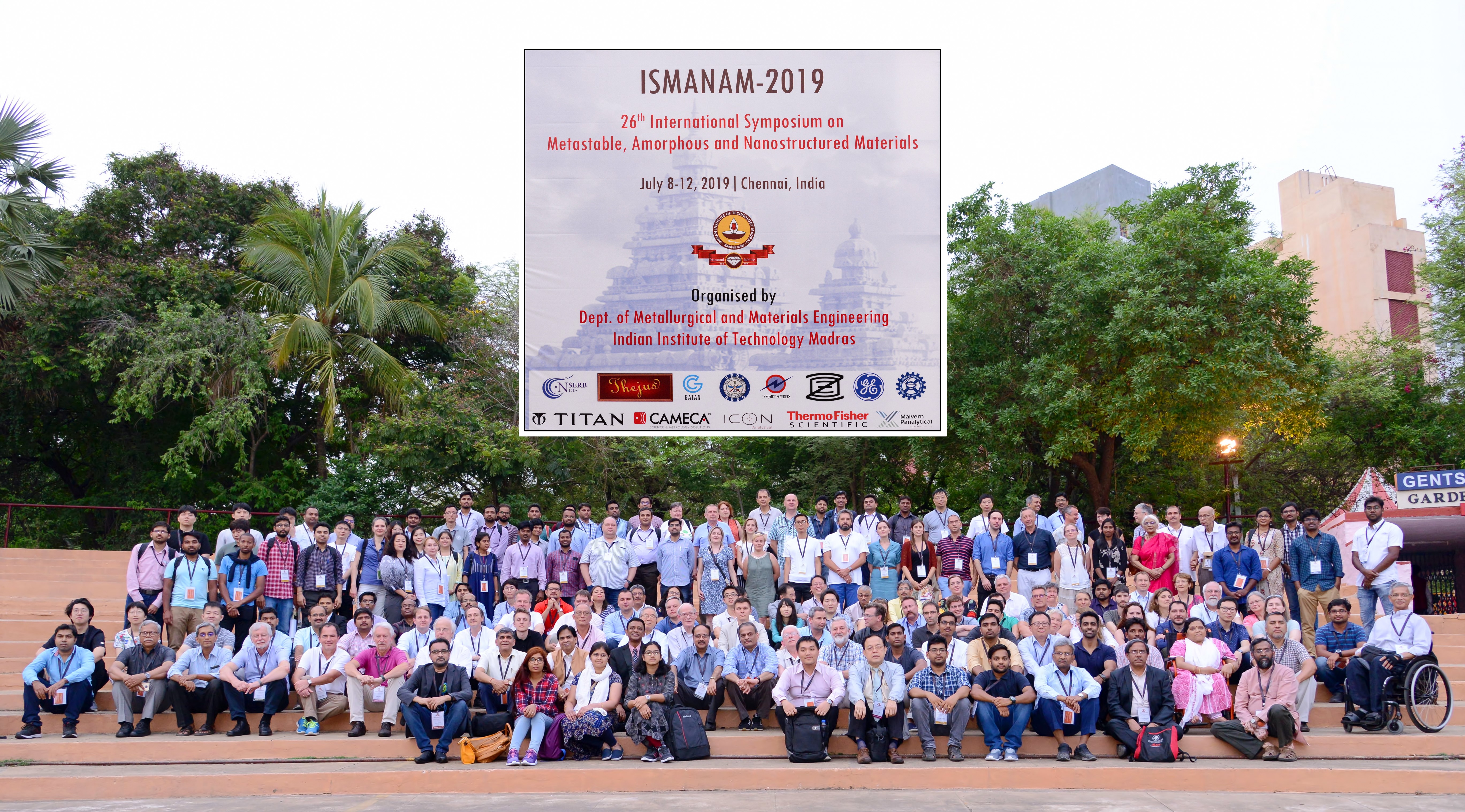