The Distinguished Alumnus Awards are presented by the Institute annually. As of 2015, 11 members of the dept. alumni are presented with this award. The details are as follows:

Krishnadas Nair got his PhD from University of Sask, Canada. As Chairman, he transformed HAL into a globally competent aerospace industry with 10 fold increase in business and substantial profits. He has led design and development of Advanced Light Helicopter and many advanced aerospace equipment. He served as President of the Indian Institute of Metals. He is a Fellow of INAE and Aero Society. He has received numerous honours including Padma Shri (2001), National Metallurgist Award, INAE Lifetime Achievement Award, Centenary Aviation Award and Best Chief Executive Award 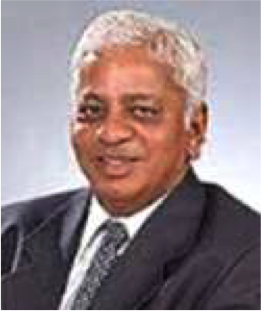 Muthuraman joined Tata Steel in 1966 and has held various positions at the Company including Vice President (Marketing & Sales), Vice President (Cold Rolling Mill Projects) and Managing Director, Tata Steel. Muthuraman was the President of the Confederation of Indian Industry (CII) during the year 2011-
2012. Muthuraman had held board positions in a large number of organisations and presently is a board member of Sundaram Fasteners Ltd and Narayana Health Group. Muthuraman has been conferred with the prestigious “Padma Bhushan” award in 2012, from Government of India for his significant contribution to Indian Trade & Industry. 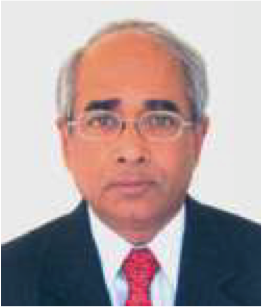 Ramanathan obtained his PhD from John Cass College of Science and Engineering, London. He has been with the Materials Science and Technology Centre of The Energy and Nuclear Research Institute in São Paulo, Brazil, for almost 40 years and is presently a Senior Scientist, having been the Centre’s Director for almost a decade. He is a consultant to UNO’s IAEA in Austria. In 1988 he was elected Fellow
of the Institute of Materials and Fellow of the Institute of Corrosion. He has authored the book ‘Corrosion and its Control’, co-authored 3 other books, contributed 23 chapters in books and published over 200 papers in peer-reviewed journals and conference proceedings. 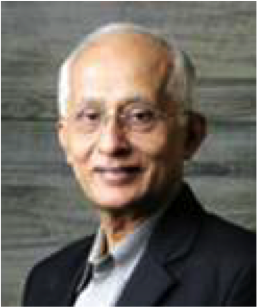 Chandrasekhar is known as an entrepreneur with the Midas touch. He began as a first-generation entrepreneur with zero capital in the small-scale sector in 1974 and made a success of many companies in different areas of engineering: machine-building, aluminium foundry, electro-less nickel coating and light chemicals. He has won Engineering Export Promotion Council Award in the years 1991-93 and 1993-94. Equally active in the community service, Chandrasekhar has been the founder and current President of Madras Dyslexia Association and founder and current Secretary of IIT Madras Alumni Charitable Trust.

Jalaiah got his Master’s & PhD in Materials Engineering from Virginia Tech., USA. He is the founder and President of Analytical Services & Materials, Inc. (AS&M), located in Hampton, VA. He is the author of over 65 technical publications and is the recipient of several NASA Tech Brief awards and a U.S. Patent. AS&M was recognised by US SBA as the National Small Business Prime Contractor of the year in 2006. 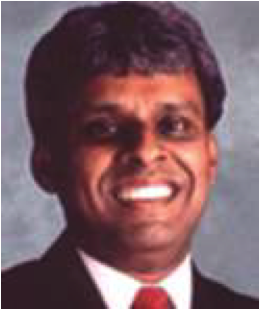 Srinivas Rao got his PhD degree from Stevens Institute of Technology, USA. He is currently the Vice President, Corporate Technology at Flextronics. He was the Vice President of technology at Solectron Corporation, served as CEO and CTO of Molecular Nanosystems Inc. and worked as a senior Scientist at Raychem Corporation. He is Fellow of the Institute of Metal Finishing (UK), Chair of the Editorial Committee of Surface Mount Technology and chair of Technical Committee-22, “Electronic Manufacturing Services’ of IEEE’s CPMT. He has been recipient of many prestigious awards including Electronic Packaging and Production’s “Engineer of the Year” award in 2000. 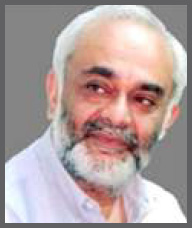 Banerjee received his PhD from IISc Bangalore. He joined DMRL, Hyderabad in 1979 and became its Director from 1996 to 2003. He was Chief Controller, R&D of DRDO during 2003-2010. Currently, he is a Professor in Department of Materials Engineering at IISc Bangalore. Banerjee also serves on the board of governors of IIT Madras and chairs the GTMAP program of ARDB, Govt. of India. He is a Fellow of INAE, INSA, IAS and NAS. He has received many prestigious honours including Padma Shri (2005), Shanti Swarup Bhatnagar Award (1993), National Metallurgists award (1987) and DRDO’s Lifetime Achievement award (2014). 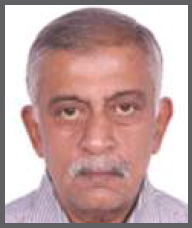 Sekhar Vasan founded a world-class manufacturing company, Sansera Engineering in 1986. Started in 1986 from a small workshop, Sansera Engineering has become a Rs 700 crores company today, with 9 plants located all across the country and more than 3,000 employees. Its major clients include Maruti Suzuki, General Motors, Yamaha, Honda Motors and Ducati. All of Sansera’s forgings are produced inhouse in one of the best facilities for high-precision small forgings in the country. Sansera has won many awards from its customers both in India and abroad, including Best Practices Recognition from General Motors. 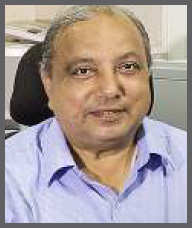 Sundararajan received his PhD from Ohio State University. He is currently a Professor at Department of MME, IIT Madras. He has been the Director of ARCI, Hyderabad for more than a decade. During his tenure, Sundararajan has made notable contributions to the development, demonstration and commercialization of materials-based technologies. Over the last 10 years, over 35 technologies have been transferred to private industries located all over India. Sundararajan has been a recipient of many prestigious awards which include Padma Shri (2013) and Shanti Swarup Bhatnagar award (1994). 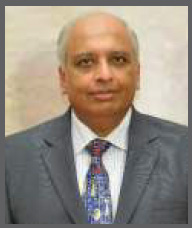 Sudarshan obtained his PhD from Virginia Tech., USA. He is the President of Materials Modification, Inc. He is a passionate entrepreneur in the area of nanotechnology and surface engineering, co-author of 175 papers, delivered over 50 keynote and plenary lectures, holder of 23 patents, Co-Editor of Materials and Manufacturing Processes, Editor of Surface Engineering and has edited 36 books on Surface Modification Technologies and other topics. He is a Fellow of ASM International, Fellow of International Federation on Heat Treatment and Surface Engineering and Fellow of Institute of Mining, Metals and Materials, U.K. He also serves on the Board of ASM International. 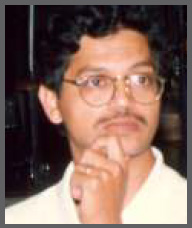 Chokshi received his PhD from University of South California, USA. He is currently a Professor in Department of Materials Engineering at IISc Bangalore. He has served as faculty at University of California, San Diego for five years and held visiting faculty positions in more than six Universities in USA, Europe and Japan. Chokshi is ranked among the top 100 most cited materials scientists in the world. He is a Fellow of the IAS, INAE, INSA and NAS. He has received many prestigious awards which
include Shanti Swarup Bhatnagar award (2003) and Metallurgist of the year award (2001).